How strange. My previous blog post was about a private concert I performed for Don Buchla. My post today is about his death. But then, no one I have ever met was more comfortable with life’s strangeness than Don.

I first encountered a Buchla synthesizer at the Oberlin Conservatory in the 1970s. In a way, I could say that encounter reset the course of my entire musical life. The Oberlin studio also had a Putney synth and a very large modular Moog. None of us students cared about the Moog. It sat untouched. The Buchla was where it was at.

Over the years, the pop-quiz version of the difference between a Moog and a Buchla got reduced to the idea of a keyboard: the Moog had one, the Buchla did not. But there was so much more to it than that. Moog essentially built an electronic pipe organ, with knobs instead of stops. Don built a cybernetic instrument, in which the human musician was invited to intervene in automated processes in a very open-ended and creative way.

It sounds like hyperbole to say that Don’s instrument marked something fundamentally new in the history of music, but it is close to true. (To tell the whole story, we would have to include Bebe and Luis Barron, and Raymond Scott.)

Karlheinz Stockhausen, in his characteristically pompous way, used to talk of his dream of a music of “total serialism,” in which the same serial processes would be applied to pitch, time, dynamics, and timbre. Don Buchla built a device which made the realization of exactly this idea fun and intuitive.

Don’s instruments were not cheap, far out of reach for an undergrad. So I built a Serge synthesizer, a build-it-yourself synth designed by Serge Tcherepnin to be the “poor person’s Buchla.” I dropped out of Oberlin and took my new Serge on tour with Anthony Braxton, and then settled in NYC playing my Serge in the downtown music scene of 1970s New York.

Fast forward a decade and a half and I arrived at my new home in San Francisco around the time that Don released his Lightening wands, a sort of Wii controller for music, years before Nintendo came up with it. I went over to buy one and meet my hero and inspiration.

The man I found was like no one I had ever met. He hardly spoke. You could ask him the most convoluted questions and get one word answers. Gruff, I think, is the correct word. I came away from the encounter thinking this was a guy who could make you feel intellectually inferior simply by stating the time of day. Thus began a close friendship of many years with one of the most unusual people I have ever known.

Once you got to know him, you learned that what initially came across as Don’s gruff exterior  was simply the exterior reflection of the way his mind worked. I am convinced that a big part of Don’s genius was his unique economy of thought. Don’s manner of thinking always cut to the chase. It didn’t matter if you were talking about circuit design, history, music, personal relationships, or anything else. His thought process was free of clutter. It wasn’t that he was talking down to you or demeaning you, it was just that he had no interest in all the clutter: yours, his, or anyone else’s. He was just trying to move things along.

Once you “got” that, Don became the most delightful friend anyone could have. He was interested in everything, and always with a unique spin. You could have the most wide-ranging conversations with him. I remember wonderful dinners with Don, his wife Anne-Marie Bonnel, and friends. Don would say one word to everyone else’s two hundred, yet be a full participant in the conversation.

I think of Don as being exceptionally funny. I am not sure many others share that assessment. How can you be funny when you speak so little? Well, when you really thought about his one-word answers, and worked your way backwards through Don’s thought process, it would dawn on you how acutely aware he was of the humor in the situation – any situation. Don’s humor  wasn’t all laid out for you, or served up like desert. He never told a joke. He didn’t really care if you even got it. But it was there for you if you wanted it. And when your reply indicated that you had found the same humor he had found, his eyes would twinkle and he would crack a wry smile.

His humor was like the ideas in his instruments: there for you if you took the time and effort to find it. He was not about to “sell” you on his humor, his instruments, his ideas, or anything else.

Take, for example, the “manual” for his last modular synthesis system, the Buchla 200e. This is an extremely sophisticated and complex system. The complete manual, including complete descriptions of every possible module you could order, plus caveats about “not taking it into your hot tub,” totals 65 pages. For comparison, the manual for Apple’s music composition software, Logic Pro, weighs in at 1342 pages. The entire description of one of the 200e’s most complex modules, the Arbitrary Function Generator, comes to a grand total of two and a half pages.  He does, however, tell you how to turn the synthesizer on, adding that, “A bunch of LED’s should light up, indicating success in this portion of the endeavor.” Ha! Beyond that, there is absolutely no instruction as to how you might use the instrument. That was for you to figure out. Don’s point wasn’t to make it hard, but rather not to preclude any possibilities.

Some of my students struggle with that. “In order to figure this out you would need a degree in electrical engineering,” one complained to me. Not true, I replied. In fact, the truth is quite the opposite. All you need to need to learn to use a Buchla is curiosity and a lot of time with no distractions. Not really the norm in the age of applications with built-in mouse-over help bots.

I could go on and on. Who else in the world had a high-level security clearance from NASA while giving away 10,000 hits of LSD at the Trips Festival (the first rave) of which he as a co-organizer? He was a close friend yet I am sure there are layers and layers, stories and stories of which I am unaware. I just learned today of his work as a teenage smoke-jumper. There are many obituaries out there now to google, but I am absolutely certain none really has a complete picture.

There is no way to end this blog. But at some point I must stop. Here is as good a place as any.

So I will stop.

Goodbye Don. I hate saying goodbye to you, but it was your time. See you in some other dimension.

(Rrose’s remix of that CD is here.)

(A CD with a track played on the old Buchla synth at the Oberlin Conservatory in the 1970s is here.)

(Rrose’s remix of that track is here.) 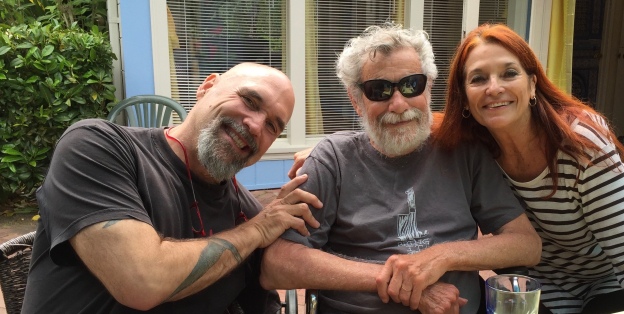 With Don Buchla and his partner Nannick 6 thoughts on “Don Buchla, my friend” 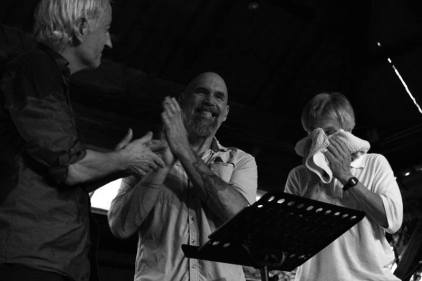 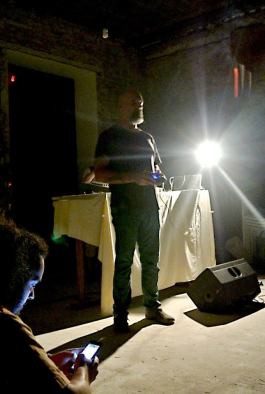 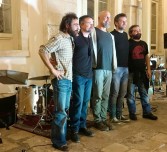 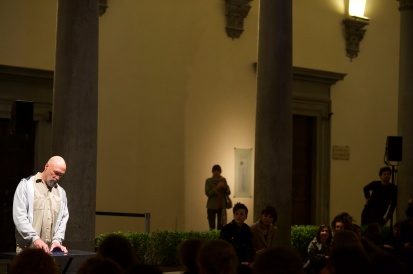 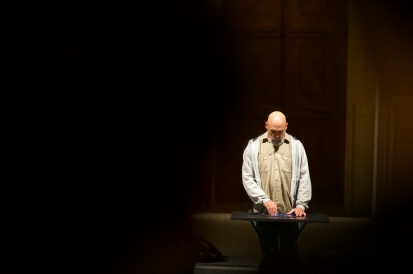 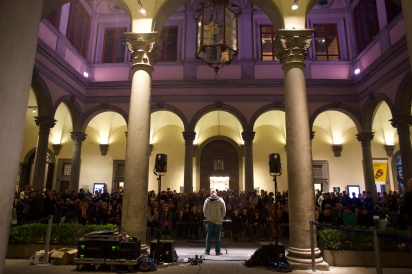 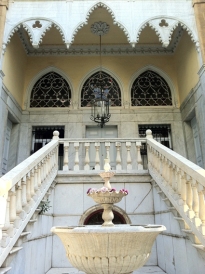 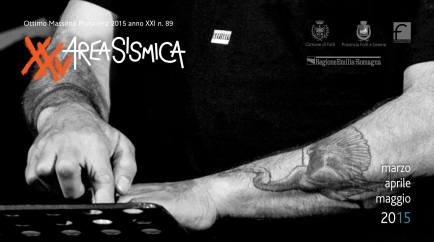 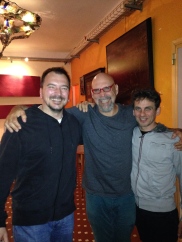 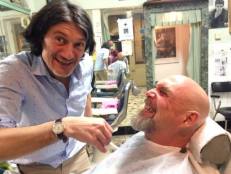 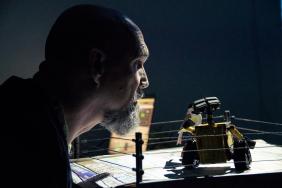 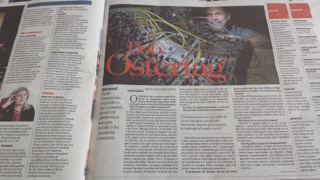